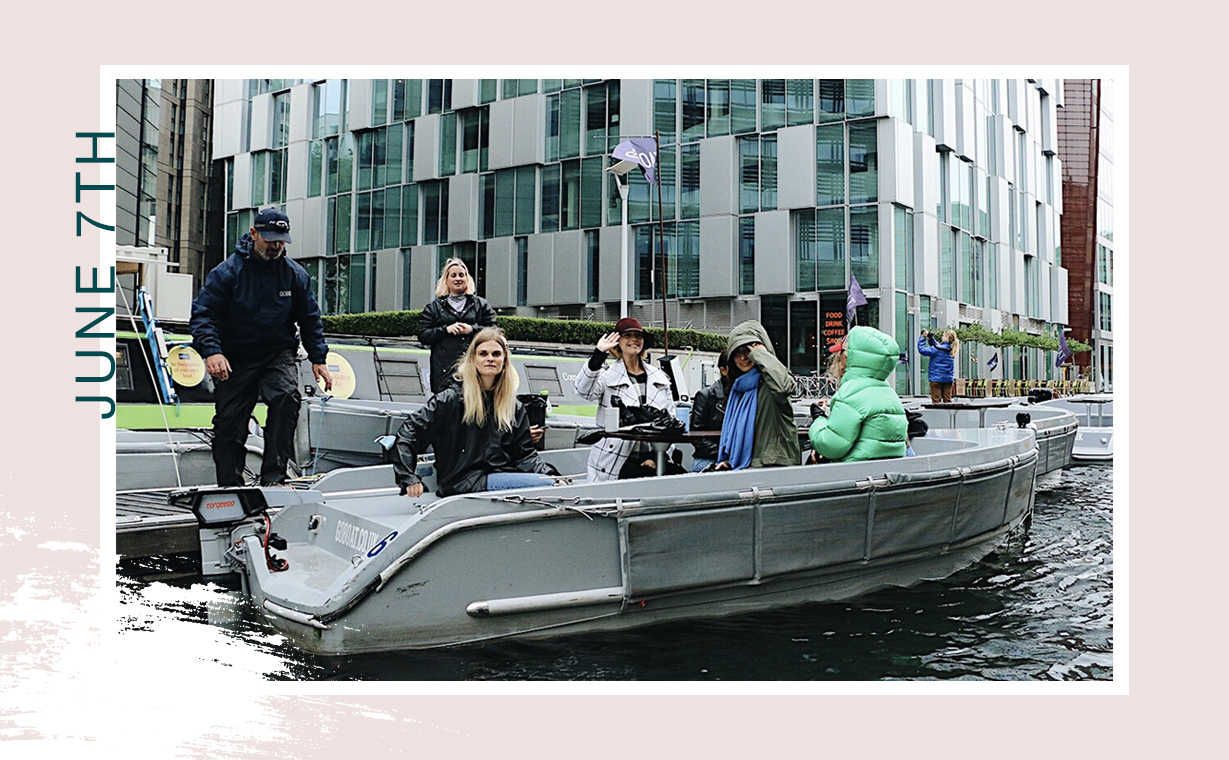 World Oceans Day is now past us but we hope it won’t take another year before people think about the oceans.

Through our plastic clean-up of the Regent’s Canal on Friday, we tried to demonstrate that small actions can really make a difference. Armed with nets and umbrellas (dictated by London weather), Arizona Muse, Jasmine Hemsley, Beatrice Turner, Eva Ramirez, Nataly Elbaz and Jenny Halpern joined forces with the Positive Luxury team to get our hands dirty – quite literally! – and participate in oceans protection.

We now know that canals and rivers act as “plastic highways” ending into the oceans and up to 95 percent of plastic polluting the world’s oceans come from just 10 rivers, eight of which are in Asia. This study certainly doesn’t absolve people living elsewhere, as this amount of pollution is mainly caused by our industrialised Western world offloading its waste to other nations. As for our canals, even small amounts of plastic waste can harm marine wildlife.

On the occasion of our plastic collect, we gathered some of your favourite Instagram influencers and let them do the talking here:

To continue to raise awareness about the wonders of our oceans and the colossal threats they are facing, we thought we would leave you with this beautifully curated selection of Ted Talks.

These videos enabled us to dive into the high seas from the comfort of our chairs and meet incredible creatures, from bioluminescent fish, century-old corals to chameleon-like octopus. We were really inspired by ocean researcher Sylvia Earle, who states that “health to the ocean means health for us” and encourages us to “do for the oceans what Al Gore did for the skies above”. Marine biologist Jackie Savitz seconds this and starts her talk with this memorable comment “saving the oceans can feed the world.” We loved discovering the story of Thomas P. Peschak, originally trained as a marine biologist and turned environmental photojournalist after realising that he could have a greater conservation impact with photographs than statistics. He does a great job at capturing the marvels of aquatic wildlife and shows with honesty where our world is heading to.