August at Positive Luxury is about big ideas. During the scramble of the last 18 months, it has been almost impossible to come up for air and think about strategy and the long term. But now, with some semblance of normality slowly returning, we are putting the spotlight on the books that have shaped the thinking of the Positive Luxury community and can inspire you and your business.

Positive Luxury’s Summer Reads series is a chance to recharge your batteries, take inspiration and help you think differently about leadership, sustainability and innovation. To start this month of Summer Reads, we turn to our Managing Director Amy Nelson-Bennett.

I cannot remember a time when I did not love a great novel. The absorbing nature of a well-told story helped me while away the long empty hours of childhood summers; pursuing a degree in literature made the rigors of academia not just bearable, but enjoyable; and in more recent years the escapist nature of fiction has enabled me to ‘turn off’ at the end of a demanding day at work and provided a coping strategy for insomnia. Writing this, I ask myself what five decades of reading has given me other than a high volume of crowded bookshelves and an iPad with little memory left? Alongside travel, reading has provided the best way for me to continue to learn about the diverse world around me. Non-fiction provides a solid, fact-led understanding of history and the present and can be an unbeatable source of coaching and advice. But to get beneath the skin of a place, a culture, a community, or a person’s experience alien to my own, only travel rivals the richness of understanding and empathy a wonderful novel can build. I’m interested in the facts, but I relate to the emotions. And so I’m sharing three novels I would recommend you immerse yourself in this summer. They are all based in reality and on facts, but are bursting with vivid characters and their emotions. In different ways, each changed me.

I’m interested in the facts, but I relate to the emotions. And so I’m sharing three novels I would recommend you immerse yourself in this summer.

I read Toni Morrison’s first novel, The Bluest Eye, for the first time in 1990 as college coursework. My copy from the university bookstore is compact, so a bit worse-for-wear from being thrown into the suitcase for holiday reading before the advent of digital. Black, eleven-year-old Pecola Breedlove is growing up in small-town Ohio in 1941, praying for blue eyes, for the perceived beauty and the privilege of the children of white America. But ‘this soil is bad for certain kinds of flowers’. The marigolds in the Breedlove’s garden don’t bloom that year. Consider yourself warned: this novel contains pain, the graphic pain of a lonely, scared child. It is not light reading, but Toni’s writing – as with all her novels – allowed me to experience the world for 160 pages through Pecola’s eyes, to feel her want, her confusion and her hurt. As well as insight into the need for role models and support for black girls like Pecola, a need which remains equally relevant today, The Bluest Eye gifted me a harsh glimpse into a time and a life so different from my own, a vivid lesson in self-awareness that remains with me more than three decades later.

When Nobel Laureate Toni Morrison died age 88 two years ago, she was aptly described by the New York Times as a ‘towering novelist of the black experience’. She was the first African-American woman to win the Nobel prize. If you really want to try to understand the history and experience of black women in America, I’d recommend her Pulitzer-prizewinning novel Beloved as a slavery-era companion to The Bluest Eye.

After reading Richard Powers’ The Overstory, I never walked through a forest again in blissful ignorance. This is a novel exploring activism and protest, but it is also a love story to nature and an ode to those who study and work to protect it. At its most basic level, Powers’ novel is about trees, but its 620 pages provide an illuminating crash course on biodiversity.  It provided me with an understanding of and newfound respect for the interconnectedness of nature, the inter-dependencies of life. This is an extraordinary read, an epic novel spanning multiple generations and involving a diverse, overlapping cast of characters – human and plant. My favourite character, Patricia Westerford, is purported to be based on the highly respected forest ecologist Suzanne Simard. This character’s dedication and work in the novel ultimately convinced me to see each tree as an individual and each area of forest as a community. Every time I walk through Hyde Park and see a tree felled by man, nature or age left to be consumed by natural forces, I think of Overstory with great fondness and respect. Within what appears to be a growing genre of ‘environmental’ novels, in my view this is the best.

Positive Luxury has its origins in the amazing story of the Large Blue Butterfly, a species which died out in these isles in 1979, the dedication of the scientist who successfully reintroduced it and his unravelling of the intricate web of interdependencies necessary for the Large Blue’s survival. And so my final recommendations continues the study of butterflies. In Flight Behaviour novelist, poet and essayist Barbara Kingsolver talks class, poverty, climate and the majestic but threatened Monarch Butterfly’s bi-annual migration. I would recommend every single one of Kingsolver’s novels; she masterfully merges discussion of social justice, biodiversity and the relationship between communities and nature. Never shying away from awkward subjects, in Flight Behaviour she addresses the seemingly conflicting relationship between faith and science, as well as the extreme poverty endured by many individuals in the Appalachian region. However it is the subject of climate change, and the empathetic landscape she paints illustrating belief in and denial of it, that is persistent throughout. A stark warning, but also a thought-provoking and beautiful novel. And an easy read.

If you need a dose of non-fiction, but like me perhaps not a book-length dose, I recommend Emily Atkin’s Heated, “a newsletter for people who are pissed off about climate change” as well as the gorgeous and well-informed Instagram account @earthrise.studio.

To quote Barbara Kingsolver, “What keeps you going isn’t some fine destination but just the road you’re on, and the fact that you know how to drive.” Keep reading, keep exploring. It’s a joy and an education. That’s my ultimate recommendation. 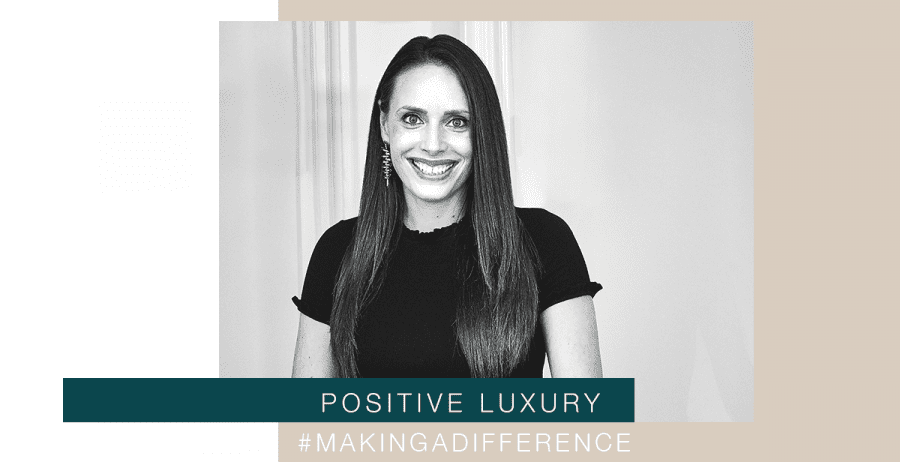 As part of our ongoing commitment to sharing positive brand stories and actions from our community, Making a Difference highlights the often unsung individuals across the luxury industry making a positive impact. It is our hope that this series will be an inspiration to people working in sustainability and show professionals – particularly at the start of their career journey – the many routes there are to making a difference. This month the spotlight is on Stephen Webster’s Global Head of Marketing & Sustainability, Samantha Chapman. Sustainability is part of my day-to-day role, leading our goals and future steps. I am so... 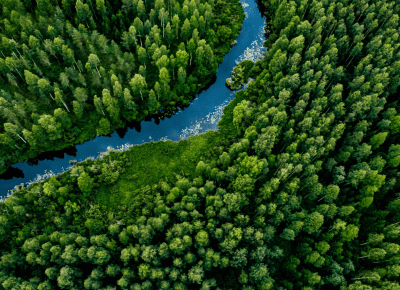 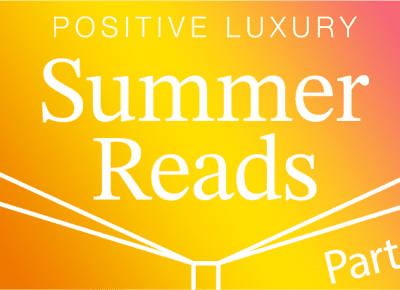 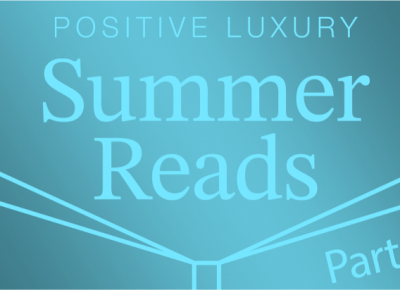 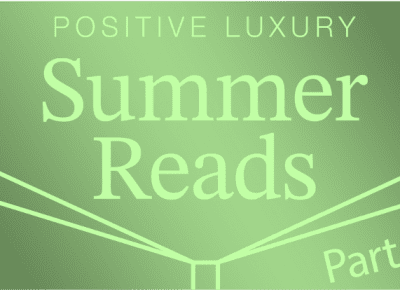