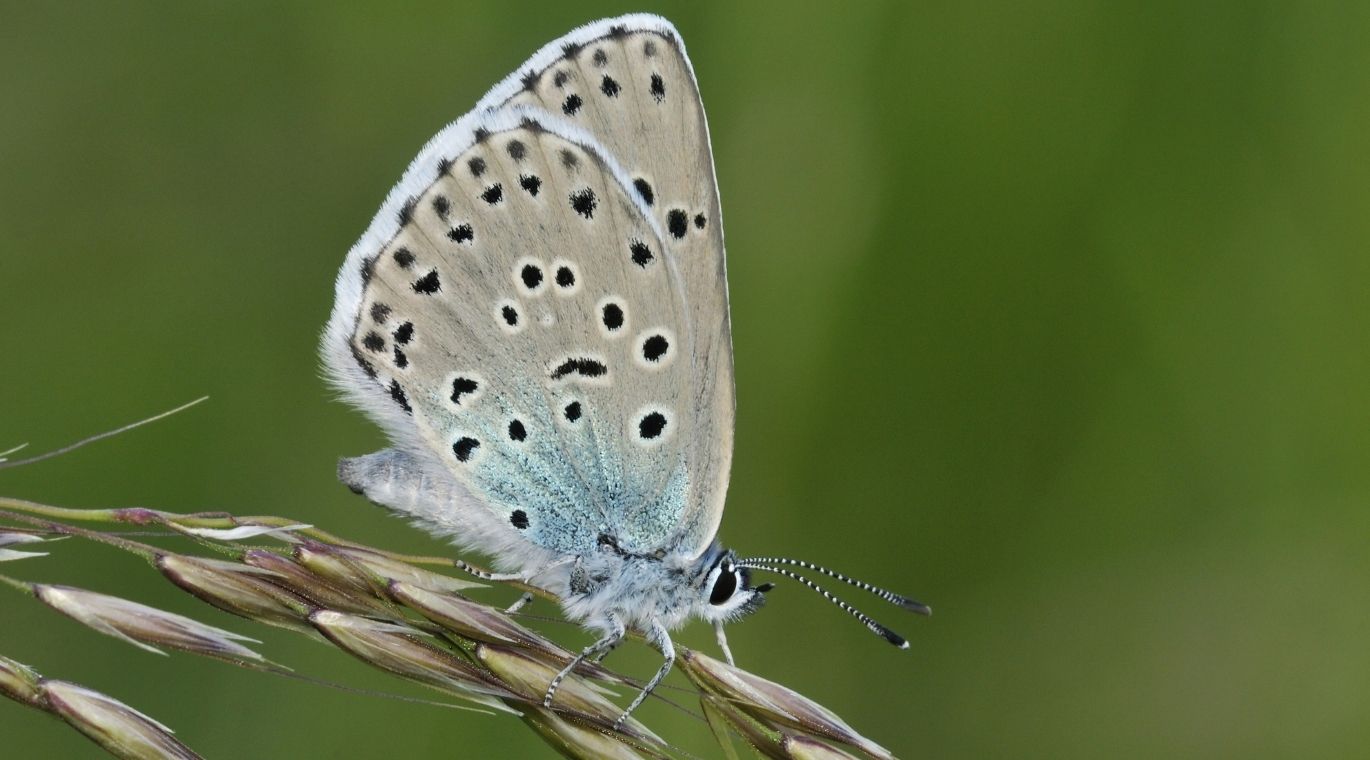 We were delighted to hear the recent news that the large blue butterfly, the species that inspired our Butterfly Mark stamp, has been seen flying on a Cotswolds hillside for the first time in 150 years.

One of the world’s rarest species of butterfly, the large blue became extinct in Britain in 1979. Initially baffling to researchers, they eventually discovered the decline was predominantly due to the butterfly’s close working relationship with a species of red ant, the Myrmica Sabuleti. The large blue larvae dupes the ants into carrying it into their own nest, where it then feasts on grubs before emerging as a butterfly.

With very specific environmental conditions needed for this symbiosis to thrive, the species had become globally endangered and vanished from UK shores. Now, thanks to a long and complex conservation project by scientists at the Centre for Ecology & Hydrology, the large blue is back – and flying in greater numbers in Britain than anywhere else.

After working for years to solve the mystery of the butterfly’s decline, researchers Jeremy Thomas and David Simcox began reintroducing the large blue on a secret site in Devon 25 years ago, using caterpillars transported from Sweden. It has become arguably the most successful insect reintroduction project in the world. Multiple colonies are now established in Somerset, while this summer saw an estimated 750 of the striking creatures emerge on Rodborough Common in Gloucestershire – a century and a half after they were last recorded.

Richard Evans, a ranger for Rodborough Common, told the Guardian: “Butterflies are such sensitive creatures, and with the large blue’s particular requirements they are real barometers for what is happening with our environment and the changing climate.” With the large blue still in decline worldwide, there’s a lot more work to be done. Last year, a review published in the journal Biological Conservation reported that more than 40% of insect species are declining and a third are endangered – an extinction rate eight times faster than that of mammals, birds and reptiles.

“A rethinking of current agricultural practices, in particular a serious reduction in pesticide usage… is urgently needed to slow or reverse current trends, allow the recovery of declining insect populations and safeguard the vital ecosystem services they provide,” concluded the review. Like the proverbial canary in the mine, some of the planet’s smallest inhabitants can provide big warnings, if we’re prepared to pay attention.

Still, the butterfly’s reappearance is a positive story amid the chaos and anxiety of our times – and positivity fuels progress. That’s the philosophy behind Positive Luxury’s Butterfly Mark, which rewards only the luxury brands that meet the very highest sustainability criteria.

The idea for our signature stamp was born in 2010, when Sir David Attenborough shared the story of the large blue’s reintroduction with our co-founder and CEO Diana Verde Nieto. To Diana, the story exemplified something inspiring: the potential for a second chance. That with determination and consideration, we can create a united force and reverse the negative impact we are having on our planet’s resources. Every product that bears the Butterfly Mark is a reminder of this message.

The butterfly is a symbol of action and consequence, too. It’s a reminder that making positive changes, however small they may seem at first, can make a real and lasting difference when it comes to conserving our planet and its inhabitants. Every individual action – whether it’s a brand choosing greener packaging, or a consumer choosing where to shop – is a vote for our global future. Together, our collective choices can add up to a whole world of change.