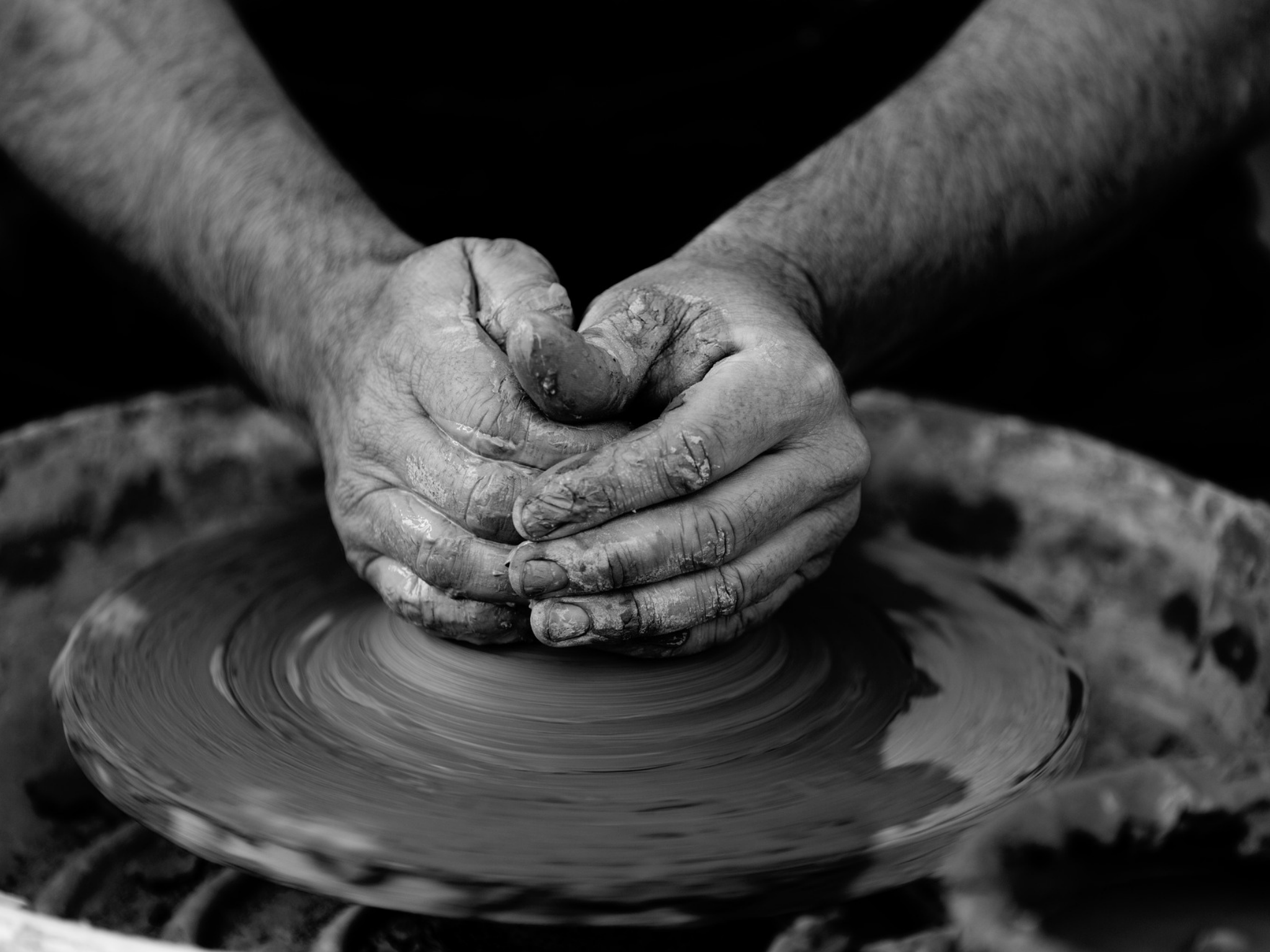 From embroidery to ceramics, bespoke furniture to haute couture fashion, handicraft has long been a hallmark of luxury. But in our modern era, while we fight against worker exploitation and look for cleaner, greener means of production, what does this mean for the role of the artisan and skills that date back centuries? Could artisanal skills be the key to a more sustainable future?

While the word ‘artisan’ is itself in some danger of being diluted and devalued, now appearing on everything from Ikea homewares to a Pret A Manger baguette, its selling power does at least prove an encouraging point: that consumers want to invest in human stories. A 2015 study in the Journal of Marketing found that participants were willing to pay up to 17% more for a handcrafted item – an effect they attributed to customers perceiving “the handmade product itself to be literally imbued with love.” The phenomenal rise of craft marketplace Etsy would seem to agree.

‘Crafting a more human future’ is the motto of Homo Faber, the Foundation’s expo, which brings together hundreds of international artisans in a showcase on Venice’s San Giorgio Maggiore Island. This year’s event has been postponed until 2021 for obvious reasons, but a digital platform launching this week, Homo Faber Guide, will provide a portal of discovery instead.

Cavalli makes the distinction between ‘things’ and ‘goods’. “In this term, “good”, there is already an expression of a value which transcends the monetary exchanges to reveal something more precious, rarer, more difficult to find,” he says. It stands to reason that when we feel emotionally connected to the story behind an item, we’re more likely to keep it for longer, take care of it and repair it when broken, rather than growing bored and quickly casting it aside.

Investing in handicraft can provide numerous benefits to artisans and their communities too. “In a society where technology is wiping out more and more jobs, craft can offer meaningful employment opportunities,” says Cavalli. “Craft is not only “action” but also project, creation, design, consideration. There is a material poverty and a human poverty: a revitalisation of craft can certainly help to alleviate both.”

The Butterfly Mark Certified Clase Azul is one such example, employing more than 160 artisans in the small Mexican town of Santa Maria Canchesda to hand-sculpt and hand-paint its distinctive ceramic tequila bottles. Once empty, the decanters find new purpose as vases and candlesticks. Their value lives on.

As the UN makes clear, improving women’s participation in the labour market could have huge sustainable benefits – and artisanal craft can be a vital tool for female empowerment. Butterfly Mark Certified IOTA Project provides training, mentoring and fairly-paid work for disadvantaged women through its textile homewares. As with many artisanal skills, the women are able to work from their own homes, affording them much greater flexibility and freedom than a factory job, and offering fiscal independence that might otherwise be denied them.

Butterfly Mark Certified Jaline Resort employs an all-female family atelier of Oaxacan weavers to craft its macrame beachwear. Using a traditional, rhythmic pedal loom technique to master the intricate finish, each piece can take as long as two or three weeks to complete – a far cry from the lightning-speed production now demanded by many brands.

The small scale and slow pace of handicraft tends to lend itself naturally to a lower carbon footprint than mechanised mass-production. “Master craftspeople are always attentive and sensible to the environments that surround them: they are often the sources of the raw materials they use, or their sources of inspiration, or the custodians of the identity of their own craft,” says Alberto Cavalli. “No waste is allowed; no aggression to the environment; no useless pollution, nor concession to that anti-culture of the ‘excess’… the dark side of industrial production.”

It isn’t, however, a battle of traditional craft versus tech. Glorifying back-breaking work isn’t the goal. “Technology is an instrument: it can be used to give visibility to the master craftspeople, the way we are doing with the Homo Faber Guide,” he says. “Tech can help artisans to ameliorate some time-consuming tasks. It can reduce the environmental impact of some operations. It can improve exchanges. It can boost creativity, by offering new possibilities. The real enemy of crafts is ignorance. And against ignorance must we all collaborate.”

Awareness is key. Cavalli points to a “worrying decline” of crafts connected to the preservation of historical buildings, to specific decorative techniques and to haute couture and tailoring – unsurprising in our era of throwaway fast fashion. Master woodworkers and woodturners are becoming less common, despite great demand. The challenge of preserving artisanal craft isn’t just in proving there’s a market; it’s making it an attractive career path too.

In the UK, the Heritage Craft Association publishes a ‘Red List’ of more than 200 endangered handicrafts, including marbling, letterpress, clockmaking, arrowsmithing, fan making and bellfounding. A handful, such as gold-beating and cricket ball-making, are now completely extinct in Britain – although thanks to two new practitioners, sieve and riddle-making has returned.

“We believe that the country’s skills and practices can be just as valuable as its historic artefacts and monuments,” says the Association. “Perhaps even more so, as they may offer opportunities for future generations to create their own sustainable and fulfilling livelihoods in ways we cannot yet imagine.”

Alberto adds: “In general, the crafts we should all be promoting and preserving are the ones where manual dexterity can be seen not just as ‘labour’, but as a significant contribution to the creation of an object that with its preciousness, beauty, meaning and uniqueness can add value to the maker, to the community, to the purchaser.”

The luxury goods market has a vital role to play in all this. In choosing not to appropriate traditional designs and techniques but to honour them instead, by employing native communities and paying them fairly in exchange for all those centuries of skill and learning. In promoting underappreciated crafts and communicating their full story, so that conscious consumers (or as the Michelangelo Foundation prefers to call them, ‘clients’) can understand what they’re investing in.

Finally, in resisting the pressure to speed up and cut corners, and in a world of impatient consumerism, artisanal craft reminds us that the best things are worth waiting for.