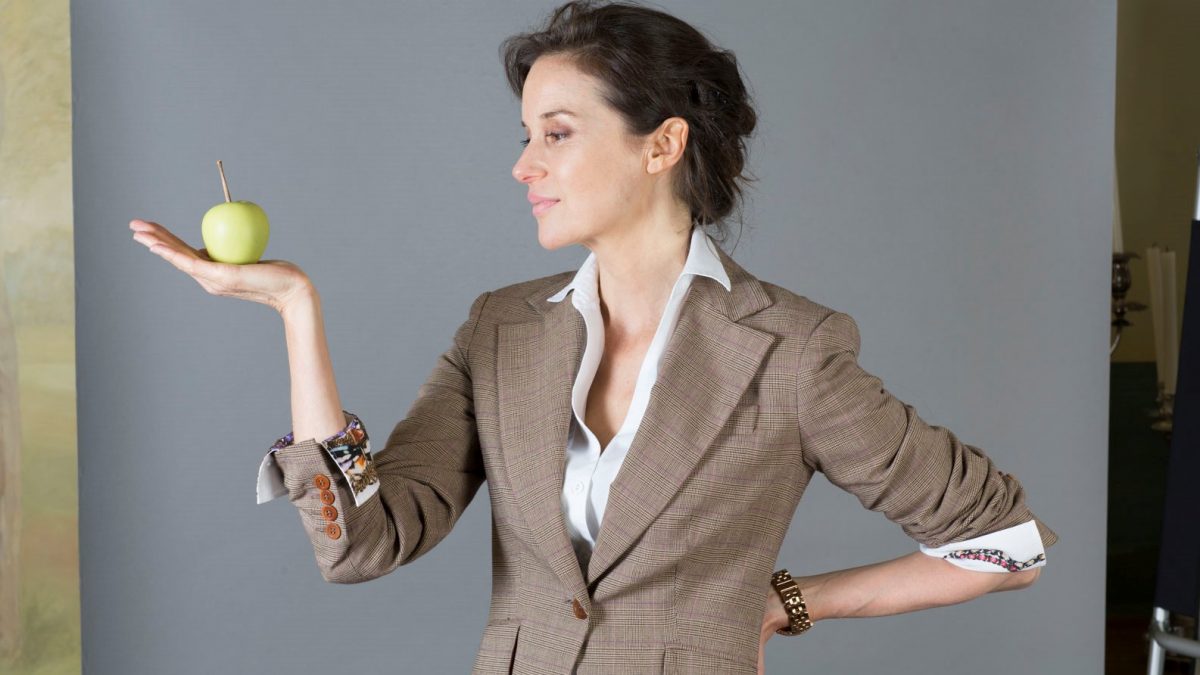 Based in Yorkshire, Elizabeth Peyton Jones is probably best known for her approach to wellness. One of the first to start openly speaking on natural, plant-based diets, she started EPJ Health to further that mission. But now, she is hoping to revolutionise another industry modelling. The Responsible Trust for Models (RTM) is working to create fashions first set of best practice guidelines, in a world that is led by glamour and fantasy. How can you tame the beast? What challenges do models face today? As Positive Luxury becomes technology partner for RTM, Elizabeth shares with us her vision:

HOW DID YOU BECOME INTERESTED IN THE MODELLING INDUSTRY?

The human aspect of fashion was something that I came across only because of my involvement with the food industry, health and diets. At the time, people were obsessed with size zero models and feeding them up. However, the more I delved into the industry, the more I realised there were many more issues like the abuse of power, debt poverty and a feeling of low self-worth due to the you have a pretty face, you dont need training, just wing it attitude within the industry.

I saw 16 year olds not eating, not being paid, subjected to debt poverty, being shouted at, sworn at and abused. The general public have zero sympathy for models as they are perceived as fortunate to have won the gene lottery. But just because they’re beautiful its still abuse and thats why I became interested in the modelling industry, because nobody else thought it was an industry worth bothering about. Â For me every human has the right to best practice.

It has become a topic which people are much more willing to talk about. When I started, people used to say “Oh but its so much better now than it was” and that seemed to satisfy them. However, in my view and as trained therapist, I dont start with the lowest common denominator and set that as a goal. In health it is to be the healthiest, most active individual you can be and so too in this industry.

As long as people dont feel you are blaming and shaming them they will be open about their concerns, worries and attempts to right a bad situation. Thats what I loved most about the people in this industry despite a culture of bad behaviour there were so many people who were trying in their own way to fight it but, without any real structure, guidelines, best practice or culpability for misconduct, it was impossible.

So, after digging around I found that the abuse was unbelievable and abnormal behaviour was made normal very quickly, so the belief system was skewed right from the get-go and, in my view, things needed to change fast to readdress this.

HOW DOES RTM WORK WITH BRANDS AND AGENCIES TOGETHER?

We start by having a fairly relaxed conversation with the brands to see if they are at all interested in a social consciousness as part of their brand identity. The Gen Z generation and Millennial consumer are very motivated by social causes and this is one. They are also motivated by brands which take up causes that can involve them directly (like sustainability). Obviously, there is hardly a brand in existence that does not use a model. Therefore, whether you use one model a year or 500, the fact is your product relies on another human being who has the job of modelling, which means your supply chain involves that human being and therefore your brand philosophy should involve the assurance of best practice.

Brands become members of the endeavour and show that they believe in best practice and a need for a clean supply chain. This in turn gives wind to the most crucial part of our endeavour which is the certification over model agencies. Currently there are problems with model agencies because there is no licensing and no means of showing who the good guys are. There is scamming and hacking and impersonation and nowhere for the general public, brands or models themselves to go to ascertain which agencies have a clean record, good ethics and can be trusted. The certification is like the stamp you get on organic food or the licence you have for taxis. It demonstrates legitimacy very clearly. It also allows the rules and regulations to be set by the industry, but the industry is kept in line by an independent auditing body. The reason it is important to certify modelling agencies is because they take care of models on a day to day basis and massage their careers. They are front line with the model. The model will go to an agency to be signed, the brand employs the model and the agency, therefore the brand should only take from model agencies which are certified and are showing best practice.

“MY VISION FOR CHANGE IS NOT TO TARNISH THE GLAMOUR, BUT TO ALLOW PEOPLE TO FLOURISH WITHIN THE INDUSTRY WHY CREATING BEST PRACTICE BUT TO DO IT, CHANGE IS NEEDED.”

IS THE INDUSTRY OPEN TO CHANGE?

I’ve gone through stages. The first phase was “were not doing anything wrong, why are you imposing sanctions on us?”, so then I needed to explain its not about blame but allowing you to put a line under any bad practice and start with a clean slate, so everyone can sign up to a set of rules. When that is violated you can then discipline the people who violate it.

Three years on and brands are understanding that its their corporate social responsibility to protect models and consumers want to know there has been no abuse in the making, advertising or modelling of their product. Model agencies like it because they are seriously concerned about the non-legitimate agencies which are being set up, the people who are being scammed and, on a more frightening note, those using the industry to traffic young people into sex or slavery. Every time there is bad press, the whole industry is tarnished. I got involved with the trafficking side of things because Emma Thompson has a refugee charity. I created some recipes and shopping lists to help them eat within the budget they were given by the UK Government. But I heard some stories about how some were trafficked via the fashion industry and then escaped bondage they had been lured through promises of being a model.

WHATS BEEN YOUR BIGGEST ACHIEVEMENT THROUGH RTM?

In December 2017 I brought the industry together in a way that I dont think had ever been done before. Modelling agencies, models, brands and publishers hadn’t been in the same room as brands and agencies to discuss issues in the Industry. I had people from Tommy Hilfiger, Armani and Chloe, representatives from Conde Nast, Porter, Viva, Elite, Models1, Premier, Next etc. and then I had the models Edie Campbell, David Gandy, Arizona Muse and Adwoa Aboah. Photographers, stylists, casting directors were also all there over a two day period talking about a code of conduct and the problems they had encountered or were aware of in the industry. We talked about the age-old issues of paying models on time, nudity and what age should constitute adult modelling, amongst other things . These problems had been discussed by individuals, but not to the industry as a whole. The meeting was held under Chatham House rules no press, no photography.

One thing I believe is that the more individuals there are in the industry creating their own standards, the harder it is for people to comply. There was a lot of goodwill in that room in December 2017, but since then various companies are stamping more and more demands, each one slightly different than the other, and we have to be careful that they dont make it impossible to comply. I have to be very mindful that we dont inadvertently turn something which should be general health and safety into a business nightmare. Ive been treading a very thin line between not making it impossible to do and making it effective and a win, win for all. The fact that RTM is a global endeavour and encompasses the whole industry makes over arching best practice easier to follow.

HOW ARE YOU HELPING THE MODELS THEMSELVES?

Traditionally models have been made to feel that modelling is a bit of fun and not a proper job. I believe this attitude is wrong when you consider their importance within the industry and their stance as a role model. It is a misnomer to believe it is not an extremely difficult job and often very demanding. Models receive no professional training, which only adds to this erroneous belief. RTM and London College of Fashion have developed a curriculum for models which will be piloted at LCF in Spring 2019. The curriculum is specifically for models who have been signed to a model agency and the course will cover everything from nutrition & diet, hair, make-up, skincare, contracting, financing to protection from online bullying, how to be a good role model, travel, being in a foreign country and how to prepare for the job of being a model. The only way to truly empower a human being and effect change is through education and training. Rules which have been set by the powers in any organisation which are then imposed on the people whose income is reliant on those powers, will never truly effect change. If change is to be made, it needs to include fundamental training and professionalising so that self-esteem is built, and the power dynamic and self-worth shifts to the positive.

HAS SOCIAL MEDIA IMPACTED THE INDUSTRY?

There are some horrific statistics compiled by government to show that 1 in 4 fifteen year olds are self-harming because of body dysmorphia or self-esteem issues and 65% of children are on anti-depressants suicides have doubled in the last twenty years and it is being considered an epidemic. These issues are most definitely fuelled in part by social media. We have also seen a rise in sexting, bullying and mental health problems on social media. Models are huge influencers, they are important in this arena, they drive public opinion and influence their contemporaries. RTMs view is why not use them as ambassadors to create change and instil a culture of positive messaging?