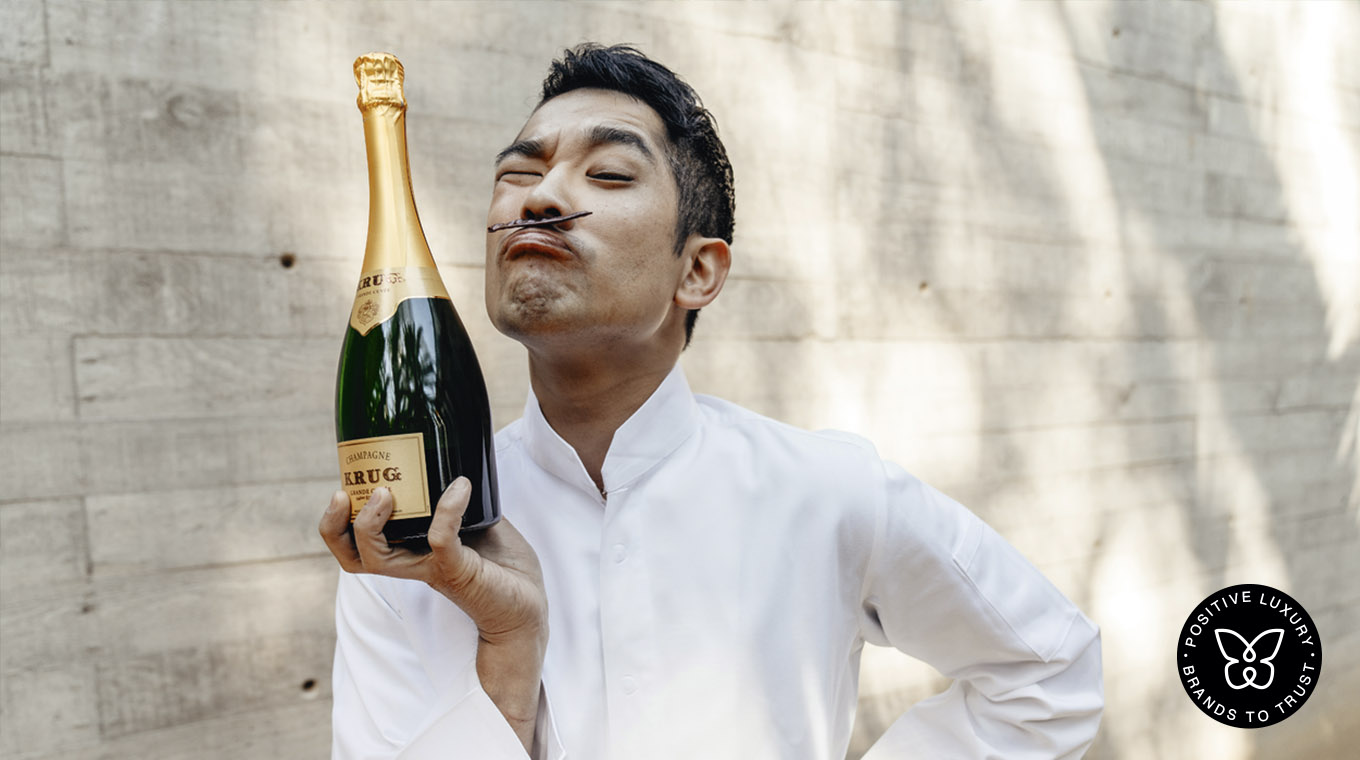 KRUG & THE SPICE OF LIFE

It was founder Joseph Krug’s unfaltering belief that only by paying the utmost attention to every single element could he offer the fullest expression of Champagne every single year, regardless of climate annual variations.

A cornerstone of Krug’s craftsmanship, individuality is the art of understanding that every plot of vines, as one wine, is in itself a single ingredient. Embodying the vision of its founder, every year the House honours its savoir-faire by inviting Krug Ambassade Chefs to pay tribute to a humble single ingredient by crafting bold and sumptuous dishes to complement the flavours and aromas of Krug Grande Cuvée or Krug Rosé.  And what more daring a challenge than to pair the pepper with Krug Champagne?

This year, 13 highly talented Krug Ambassade Chefs were joined for the first time by Krug Cellar Master Éric Lebel on a journey into the heart and heritage of the pepper. Their gastronomic adventure took place in Oaxaca, Mexico, the birthplace of all peppers, where the Chefs deepened their knowledge of this humble ingredient and profound respect for the terroir. In the local Mercado de Abastos, Éric Lebel and the Chefs discovered myriad forms and variations of colourful and enigmatic peppers hanging in massive bunches from above or stacked in overflowing jute sacs: the rattling Cascabel, the potent Àrbol, the ubiquitous Ancho Rojo, as well as the prized Chilehuacle Negro – the most coveted and expensive in the world.

Drawing inspiration from their respective cultures – which encompasses Tokyo, Vienna, Sydney and Kuala Lumpur – the Chefs uniquely interpreted their chosen pepper to create unexpected pairings. From amuse-bouche to street food, starter, main and even dessert, the Chefs revealed their passion and creative flair by crafting unexpected dishes to pair beautifully with a glass of Krug Grande Cuvée or Krug Rosé. Diversity translated to the plate.

Krug has been bringing people together throughout its history; this philosophy stems from its founder Joseph Krug’s understanding that the true essence of Champagne is pleasure itself. In this adventure, the roots of a humble shrub became those of a lasting bond between like-minded craftsmen.

As guests at the private residence of local matriarch Abigail Mendoza Ruiz, the 13 Chefs who took part in this unconventional journey discovered how she and her family honor the pepper in their daily cuisine which in turn, inspired their own creations. Through the warm hospitality of their hosts, Éric Lebel and the Chefs were able to fully appreciate the pepper from soil to market to plate in the most authentic way and develop a strong bond with the men and women who cultivate, nurture and prepare this year’s single ingredient.

This journey and the culinary symphony that followed are a testament to the inspiring exchanges fostered by Krug and the precious bond between the House, Krug Ambassade Chefs and Krug Lovers everywhere. Discover more on Krug.com