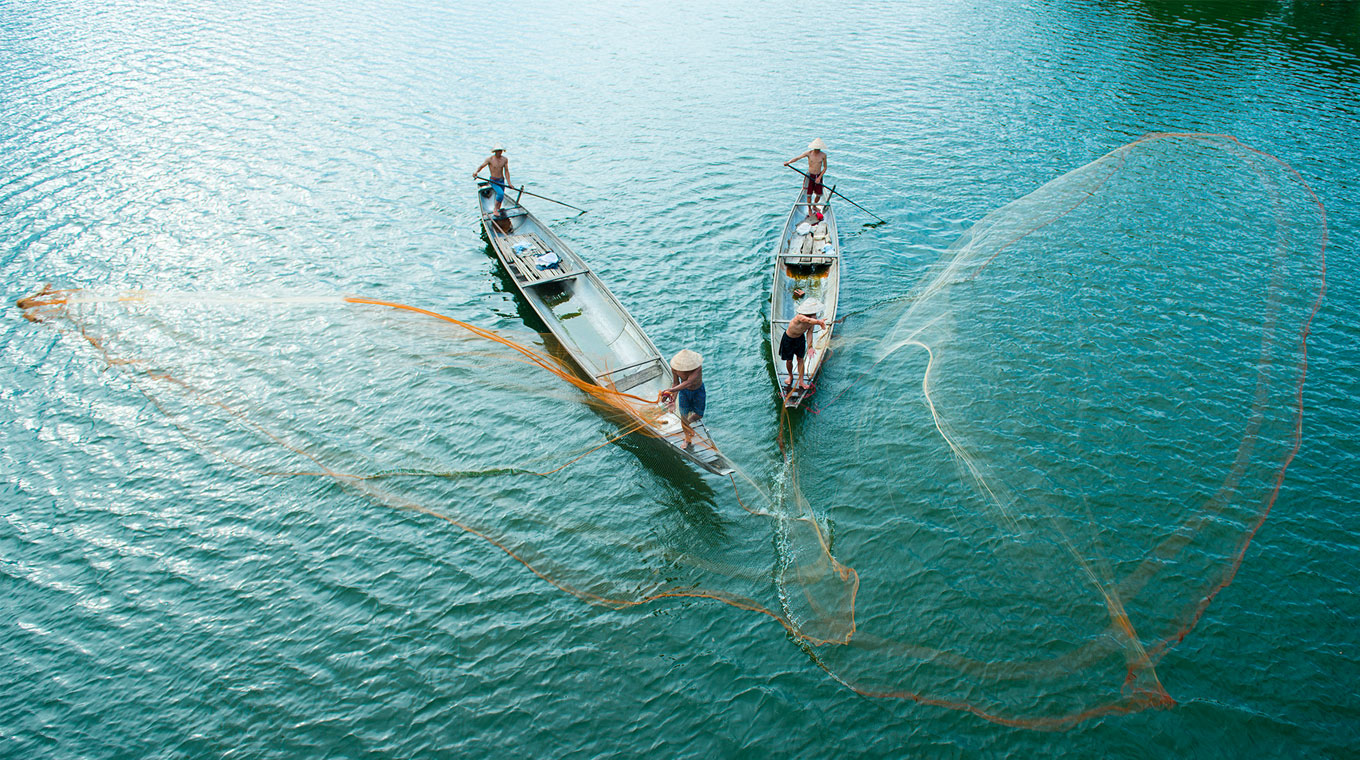 In just one generation, travelling has gone from being a “once a year” occasion, to a quarterly – if not monthly – occurrence for an increasing majority of people. According to research by travel platform WeSwap, in 2019 almost 40 per cent of UK adults say that their top priority for their savings is travelling (that’s up from just 14 per cent only a year ago). Things reached a head last month when the EU’s Transport and Environment group revealed low-budget airline Ryanair to be the 10th biggest polluter in Europe (along with nine other power stations), earning it the nickname “the new coal”.

But Ryanair is simply meeting the soaring demand by an ever-growing demographic that now feels they are entitled to cheap travel. “We are at a fork in the road” says Justin Smith, founder of The Evolved Traveller, a company that creates bespoke tours built around sustainable travel. “Many destinations are being greatly challenged by over tourism. Places are being irreparably damaged and in multiple locations around the world, money from tourism isn’t benefitting local communities. These are just some of the issues that need to be addressed.” So where’s the compromise between expanding our minds and reducing our emissions? And can sustainability and travel ever happily coexist?

There are an increasing number of travel companies who believe it can. Barry Cox, of ski chalet company Bramble Ski believes that travel companies especially have a responsibility to act sustainably due to their connection with nature. “We are a ski company,” he says. “Our resource is the snow and pristine mountains. We live in this environment because we love getting close to nature, and we built our business because we wanted to share these transformational experiences with the world.” One of his resorts Lagom is committed to offering a bespoke approach when considering sustainable travel; asking the consumer how often they want their rooms cleaned, sheets laundered, toiletries replaced.

Similarly, it was Melita Hunter’s love of travel that led her to set up luxury private island collective Song Saa nearly a decade ago. “When my husband and I first came across the two little islands in Cambodia, which are now known collectively as Song Saa, we had no plans to establish an NGO or a resort, and we simply began by picking up rubbish,” she says. “In those early days, over-fishing had caused fish-stocks to collapse and forced villagers into the jungles to illegally log the rainforest and poach wildlife for food. By working with local village chiefs, we established Cambodia’s first protected marine area on the reef. Today, it is the largest marine park in the Gulf of Thailand.” Among other measures, perhaps the most impressive is that since 2013, Song Saa has also collaborated with International Medical Relief to offer free healthcare to all 3000 of the Archipelago’s population.

So what can we, as consumers do to help? Key players in the industry say that part of the responsibility lies with the consumer. “One of the biggest luxuries we have is the luxury of choice,” says Cox. “Deciding where and how to spend our money is the most important power each of us have in making a difference to the world”. Justin Smith, of The Evolved Traveller, agrees. “There are two sides to the travel experience coin, ours and that of our hosts, and both must be considered and are of equal importance,” he says. “We are not practicing conscious travel if the only side we are concerned about is ours.” Founder and CEO Mike Nguyen, of Ansova Travel who plan tailor-made Southeast Asia tours with an emphasis on giving back to local communities, recognises that it’s not It’s not always easy for consumers though. “People have been living a life with their routine for a long time, and it is not easy for someone to change it,” he says.

But thanks to this bottom-up approach, demand, the experts say, is on the up. They think that it’s in part due to the increased awareness around the term “sustainability” in all sectors of life. But Smith says there are dangers of this too. “We can not afford for sustainability to be a trend,” he warns. “We are at a time where sustainability needs to be a core component of all travel.” Despite the hype around the term, many businesses are catching on, and are in the process of integrating sustainable practices to many areas of their businesses, whether it’s looking at their packaging and recycling in hotel amenities, which farms the food in the hotel restaurant is sourced from, how local communities can benefit, even including the gender equality on their board. “I think businesses and individuals are realising that they must take up the mantle of responsibility which is driving the trend across all sectors of life,” says Cox. “We have given our guests the power to decide which of the services they require [like linen washing] rather than providing them as standard, and the carbon emissions impact as a result of their choice.”

Brian Gore, of The Set Hotels, which renovates and restores heritage buildings in European cities recognises the challenges for big brands. “I think that luxury hotels are extravagant by nature and finding a balance between delivering on the luxury promise whilst acting in a sustainable and responsible manner is no easy task,” he says. “However, it is possible by offering guests a choice and that is after all what I believe is true luxury.”

So what advice would they give to other companies looking towards a shift towards responsible travel? Gore advises to “embrace it and be as transparent as possible. Responsible business as a whole is incredibly important to all your stakeholders, not just your customers or clients but also your colleagues and teams. Staff take great pride in working for a brand that acts responsibly.”

While the allure of travel isn’t going anywhere, it’s up to us as consumers, and businesses to opt for high quality rather than oversaturated travel experiences. “Our guests are not looking for “off-the-shelf” journeys,” adds Smith. “Savvy travellers today are looking for journeys that reflect their values.”